Both California voters and elected officials are trying to work out how to address the problem of drug use and addiction in the state. One one hand, San Francisco officials are considering adding safe injection rooms, mostly directed toward preventing opioid overdoses. Caring for the addicted certainly starts with preventing overdose deaths—you can’t get a person to rehab if they are lost to an overdose.

On the other hand, California voters recently approved the sale of marijuana for recreational use. Medical use has been legal for decades but with the drug becoming even more broadly legal than before, there is a concern that more teens may initiate use.

As a third example of how California is addressing this problem, Senate Bill 833 allocated $3 million to naloxone distribution. Naloxone is the antidote to overdose from opioids—prescription painkillers, heroin and illicitly-manufactured fentanyl, mostly.

Are these measures working? Well, one measure seems to say they are. California has recently seen down-trending drug overdose deaths. Let’s look at how many individuals from California communities were lost to overdose in a recent year.

But does having a down-trending rate of loss of overdose mean that California is successfully addressing its opioid problem? Not necessarily. The problem could be just as bad as ever. It could simply be the widespread distribution of naloxone that’s saving many lives and bringing the overdose numbers down. We can’t know how many lives are being saved because there’s no central clearinghouse reporting how many overdose reversals occur from use of the antidote.

So naloxone use could be driving down the number of deaths while the rates of drug initiation and addiction remain the same. It may be years before we know the real situation in California.

Methamphetamine is a Killer

Yes, opioid news hogs the headlines across the country. But in California, methamphetamine is a bigger threat to safety, health and community peace. Meth, in particular, can cause symptoms simulating severe mental illness, which creates chaos for the drug user and anyone in his area. As evidence of this fact, the Los Angeles Police Department analyzed ten police killings from 2016. Nine of the ten tested positive for methamphetamine.

Most of the methamphetamine coming into the U.S. comes from Mexico these days. And much of it is coming in via California. Thus there will always be an ample supply for anyone with a taste for this drug which is why it has such a brutal effect on the state.

No Matter What Else is Done, Effective Rehabilitation is Vital

We can work on saving lives from overdose, we can work on drug prevention with young people, we can make it legal to use one drug or another and help people stay out of jail, and we can stop some drugs from coming across the border. But what about all the people who are currently addicted? Without offering effective rehabilitation—rehab that really enables a person to build a new sober life—how much are you helping him (or her)?

California’s drug problem is a complicated one. In our calm, protected and remote Southern California location, you can reclaim your sobriety and remember what you originally wanted to achieve in life. Then you can return to your Narconon life skills training and learn how to overcome the barriers to achieving it.

There’s no set time limit to the Narconon program. You will leave here when you have learned the most important skills you will need to stay sober. You will graduate with you have regained the life skills you need to enjoy your life—sober.

Find out how the Narconon program offered in Warner Springs can be the last rehab your loved one (or you!) will ever need. Call Narconon today at (888) 284-5479.

For more than a decade, Karen has been researching and writing about drug trafficking, drug abuse, addiction and recovery. She has also studied and written about policy issues related to drug treatment.

Lower numbers on recent reports on drug use trends make it look like Californians are on a health kick. But it’s not time to celebrate yet, become some dangerous drugs are making a comeback. 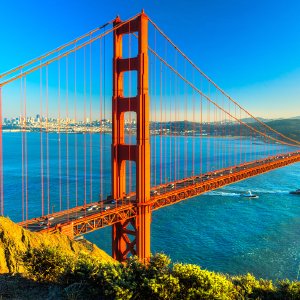 In recent news, the mayor of San Francisco, California, Mrs. London Breed, has attempted to implement the use of safe injection sites, a controversial resolution method that is still considered very unpopular and illegal in the United States.