In their most recent release of the Monitoring the Future Survey, NIDA, (The National Institute on Drug Abuse) surveyed more than 50,000 young people in the 8th, 10th and 12th grades about their behaviors and attitudes regarding the use of drugs. This has been done annually since 1975 and is very helpful in the designing and execution of drug abuse prevention efforts.

The study showed a continuing decline in the use of tobacco, alcohol, heroin and synthetic marijuana. Also showing a continued decline are MDMA, (ecstasy) and the abuse of prescription drugs.

But the results showed basically no decline in the annual use of any illicit drugs. What seems to be keeping the overall prevalence of illicit drug use among young people from declining along with the others is the use of marijuana.

According to the 2015 survey results, marijuana use and the acceptance of marijuana for regular use did NOT decline the way the others did. When there is a decline in the Perceived risks, we see increased willingness to use any substance.

Also, the study found levels of disapproval of people who smoke marijuana were at historic lows.

The decline of use and approval of using alcohol or tobacco versus the greater acceptance of marijuana use shines a light on the fact that education on the harms of the former and lack of good research and dissemination of the dangers of the latter is having an effect.

And the depiction of marijuana smoking as a mainstream activity works to turn negative attitudes into acceptance. Media such as film and television used to marginalize the pot smokers as a bit goofy. Not anymore. The ‘stoners’ are more often depicted as the more aware in the group, the ones who see more deeply and have greater understanding than the “straights”.

Helping young people reach adulthood drug-free is a responsibility and a duty we all share. At the very least, it’s important for parents and other adults take a clear stance on the topic. A no-tolerance posture goes a long way toward countering the pro-drug messages that youngsters are hit with daily.

Tony Bylsma has been working for Narconon as a counselor, administrator and educator in various areas of the US for many years. In addition to helping people overcome their addictions and live drug-free lives, Tony has spoken to over six hundred thousand students, parents and professionals regarding drug abuse and effective abuse prevention. This year Tony is celebrating his 40th year of sobriety!

Drugs: A “Solution” for Personal Pain

At the age of 9, I learned a new vocabulary word at school. It was the word “anxious.” That same day out in the yard with my mother, I let her know I felt very anxious. All the time. She told me I was too young to be anxious and very quickly shut me down. 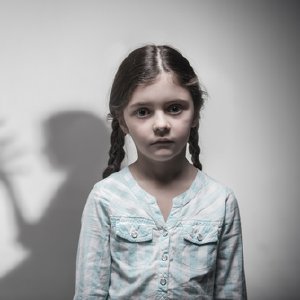