One of the leading public health-related news stories so far this year has been the story of drug overdose deaths. But unlike the news stories of previous years, the recent media reports paint a more optimistic picture of the drug problem. It’s rare to hear good news about drug addiction. But that is what's being reported lately. Good news.

Here's what the media is capitalizing on. While overdose statistics for 2019 have not yet been released, the CDC recently reported that the number of people who died from drug overdoses in 2018 came in at precisely 67,367. That’s a 4.1 percent decrease from deaths in 2017, a year that saw 70,237 fatal overdoses. And that sounds good on paper, but it would be wise to take a closer look.

Newsworthy Shift In Addiction Nothing To Celebrate

What’s newsworthy about this shift is that 2018 represented the first year that drug overdoses went down in number since 1999. And that’s certainly a newsworthy item, that a cause of death receded for the first time in almost twenty years.

And let's be clear. It is something to be happy about. But here’s the problem. Again and again, the media has portrayed the slight drop in drug overdoses as being the first sign of an all-encompassing victory over the 21st-century addiction epidemic. This 4.1 percent dip in overdose deaths is seen as a sign for celebration, that the U.S. finally “figured out its drug problem.”

That’s a very dangerous claim to make. It’s simply not true. Yes, four percent fewer lives were lost in 2018 than in 2017, but overdose deaths were still four times higher than in 1999.

The fact of the matter is, the country has a long way to go before the drug problem is even just brought down to the level of where things were at before the epidemic kicked off!

And there's another point to consider too. Even with the four percent dip, drug overdoses are still one of the leading causes of preventable death in this country.

Preventable deaths. This is “tragedy” spelled out in two words. A preventable death is a loss of life caused by an event that could have been prevented. It is a fatality that, had certain actions been taken before the casualty, the loss of life would not have occurred.

Let’s take a look at three of these and compare them to drug overdose deaths.

There are about 1.1 million people in the U.S. who are living with HIV today. About 14 percent of them do not know they have this potentially fatal disease. In 2017, 16,350 residents diagnosed with HIV/AIDS died.

According to the Centers for Disease Control and Prevention, traffic fatalities are consistently a leading cause of preventable death in the United States. In 2017, 38,659 Americans died from traffic-related accidents. That’s a rate of 11.9 deaths per 100,000 residents.

Firearms are another leading cause of preventable death. In 2017, 39,773 people died from firearms. These include gun accidents, homicides, suicides, etc. The death rate for firearms is 12.2 deaths for every 100,000 residents.

One report indicated that about 84,000 lives would be saved in the United States if the country made healthcare services more available to Americans. But what about drug overdoses? It takes more than just better access to healthcare services to overcome a drug problem or a drinking problem.

Though drug overdose fatalities fell slightly from 2017 to 2018, drugs are still one of the leading causes of preventable death in the United States.

So what is the permanent, lasting solution to drug addiction? What can people do to bring the drug overdose count down to zero?

Narconon does not adopt the belief that addicts must remain addicts for life. Narconon does not consider addiction an incurable disease. For over 50 years, Narconon has proven by the sheer numbers of its drug-free graduates that anyone can achieve freedom from drug dependence.

A drug-free life is the goal, and Narconon helps facilitate just that. If you know someone who is struggling with a drug problem, do your part to get them help. Don’t let them become just another preventable death statistic. Contact Narconon today. 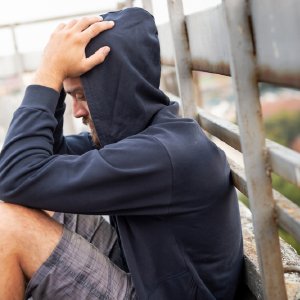