Humans learn by study, observation, practice and success and failure.

Learning by way of rewards and penalties is how an animal learns. They perform an action and either receive a reward or a penalty. After a few experiences, a simple creature will naturally avoid the penalty in the future and will tend to move in the direction of the reward. This is reactive learning and can be seen in simple organisms and even in plants.

When a young person uses a psychotropic drug for the first time, a process of learning begins. Whether the experience is pleasant or not, painful or comfortable, the activity is being learned and the results of the lesson will be recorded. If another use of the same substance creates the same effect, the lesson is reinforced and so on.

This is education on a very primitive level. And following these lessons in spite of new evidence is the essence of reaction, rather than thought. An example of this would be Pavlov and his little dog. As long as the dog continues to salivate at the sound of the bell, it is pure reaction; reactive thinking.

But what if we begin to ring the bell and no food arrives? It wouldn’t take very long before the bell becomes ineffective. Now the learning process is becoming a bit more involved.

The alternative is what is known as proactive thinking, or analytical thinking. At this point there is a weighing in of many more factors than just the immediate gratification. When the perceived reward for using an addictive drug begins to propel the user into more and more frequent use, it’s said a dependency is developing.

Around this point the perceived pleasure will diminish and without the help of the drug, experiencing pleasure becomes more and more difficult . If use continues in spite of adverse consequences and attempts to stop, we have satisfied the definition of addiction.

Addiction is a learned behavior.

The addict is learning. Learning to hide, to lie to himself and others. He learns which drugs create the most desirable effect and, hopefully, his personal limits. But as long as he continues using the drug the addiction is building and the amounts used are increasing. All this is following lessons learned.

In years past, attempts were made to lay more lessons atop the lessons of addiction. Called “Aversion Therapy” or ”Behavior Modification,” addicted patients were basically punished for thinking certain thoughts that were associated with the drug use. Smokers were given electric shocks when puffing on a cigarette, drinkers were given medications designed to cause them to become violently ill if they consumed alcohol. The idea was to learn to avoid the unwanted behavior reactively.

Some researchers even claimed they were helping the addict to un-learn addiction.

The truth is you can’t unlearn something. You might temporarily forget how to do it, but barring any physical damage, it can come back to you. Without some physical changes, you can’t unlearn to walk, to write or speak. So why would it make sense to try and unlearn an addiction?

Rather than counter-learning on a reactive level, the answer to addiction is to learn completely new lessons. Learning to live happily without the crutches of drugs or drink is more than possible, we’re accomplishing that every day at Narconon Warner Springs.

Our graduates don’t return home only to struggle against their former addiction and the old lifestyles. They are armed with the tools they need to move forward in life and build a future. They’re equipped to repair the damages they did while under the influences of drugs and the druggie lifestyle and begin again with a real purpose and essential life skills. Compared to the road they were on, it’s like a completely new existence, another chance to show the world what they actually are capable of.

Tony Bylsma has been working for Narconon as a counselor, administrator and educator in various areas of the US for many years. In addition to helping people overcome their addictions and live drug-free lives, Tony has spoken to over six hundred thousand students, parents and professionals regarding drug abuse and effective abuse prevention. This year Tony is celebrating his 40th year of sobriety!

I have been an addict for about 18 years…

When I first got here to the center I was ready for whatever was put in front of me. I have been an addict for about 18 years, so I had my doubts but still so badly wanted this program to work. 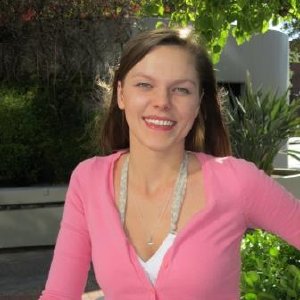 What’s the Best Angle of Attack from Which to Overcome Drug and Alcohol Addiction?

What’s the Best Angle of Attack From Which to Overcome Drug and Alcohol Addiction? The ways of attacking the drug abuse and addiction problems are many and varied. Some say recovery is only a decision. They claim that addiction is just a mental choice to be made. 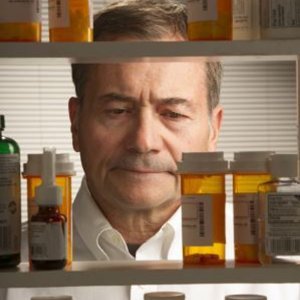