Mussels Found with Opioids in Them

I suppose we’d never thought we’d see the day, though we should have anticipated this. The nationwide dependence and reliance on pharmaceutical drugs have resulted in harsh effects on the environment, with reports coming out that opioids are now being found in mussels fished out of the Puget Sound. Washington State has one of the most significant pharmaceutical drug abuse problems in the U.S., with an extremely high concentration of pharmaceuticals in and around Seattle.

According to very recent news reports, shellfish brought in from the Puget Sound are now testing positive for opioid painkiller chemicals like oxycodone. Washington State Department of Fish and Wildlife biologists made this discovery in the early months of 2018, launching a full research project as a result of its severity.

As it turns out, oxycodone was only one of many chemicals found in the Puget Sound mussels. Biologists also found:

As one can imagine, this is extremely hurtful to our wildlife, to our eco-system, and is indicative of our over-the-limit reliance on pharmaceutical drugs.

Scientist Notes on the Ecological Research

For mussels in the ocean to have trace amounts of opioids, it can only mean one thing. Humans in the area near the ocean are using massive quantities of opioids. When people take opioids and excrete them naturally, or when opioid drugs are flushed down the toilet or are otherwise disposed of, the chemicals themselves always make their way into the nearest body of water. This is the result of a phenomenon called “watershed” which is essentially the natural displacement of all liquid substances down to the nearest, largest body of water.

No matter how good our wastewater and sewage treatment plants are, if enough people in a concentrated area are using opioid drugs or other pharmaceuticals, those chemicals will eventually find their way into local water sources. And that is exactly what has happened in the Puget Sound.

In the words of Jennifer Lanksbury, a marine biologist for the Washington State Department of Fish and Wildlife:

“A lot of the pharmaceuticals are probably coming out of our wastewater treatment plants. They receive the water that comes from our toilets and our houses and our hospitals…”

“A lot of the pharmaceuticals are probably coming out of our wastewater treatment plants. They receive the water that comes from our toilets and our houses and our hospitals, and so these drugs, we're taking them, and then we're excreting them in our urine so it gets to the wastewater treatment plant in that way. Some people, unfortunately, flush their drugs down the toilet, and that's a huge source of these pharmaceuticals.”

The Washington State Department of Fish and Wildlife has been monitoring fish in the Puget Sound for decades but has only recently started monitoring mussels. According to Lanksbury, mussels have simpler biological compositions than fish do, and while fish might metabolize contaminants, mussels do not.

This means that a mussel's body, upon inspection, is a better source of information as to what is in the water than a fish’s. Since the Washington State Department of Fish and Wildlife only just started testing mussels, there is really no way of knowing how long opioid chemicals have been in the water for.

A Risk to Our Health

This is not just an environmental problem. This is a health problem. If opioid chemicals are getting into the ocean, you can bet they’re getting into our freshwater treatment plants and eventually making their way into our sinks, dishwashers, and showers. We have to stop the nationwide reliance on pharmaceuticals before we are all exposed to these drugs. 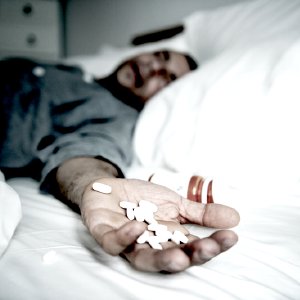 It’s time we talked about and understood the pain medicine epidemic that our nation is struggling with. According to research, more Americans are being prescribed powerful narcotic painkillers when they visit the Emergency Room, and that is not a good thing. 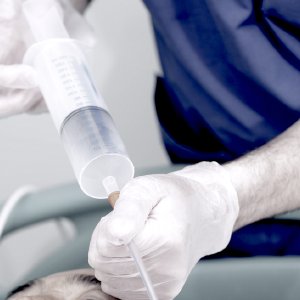