What is the Scope of Marijuana—Related Traffic Accidents?

Unfortunately, as marijuana legalization increases, this could become the next big killer on our roads. What is the data behind this growing problem? And what can be done to prevent people from dying on the streets because of marijuana-impaired driving?

Since 2016, marijuana-related traffic deaths have leveled out in both Colorado and Washington. Such deaths are still higher than the national average, but the statistics are no longer spiking. However, the point of concern here is that both states legalized marijuana, and both states experienced a shocking increase in marijuana-influenced traffic deaths immediately afterward.

Another report suggests that, in 2016, 54 percent of fatally injured drivers tested positive for drugs, with at least half of them having marijuana in their systems at the time of the accident. In 2016, about 5,300 drug-influenced drivers died in car accidents. And that is not taking into account other innocent victims of those car crashes; that's just the intoxicated drivers themselves. And of those 5,300, at least 38 percent had marijuana in their bodies at the time of the accident.

Another concerning factor is that, while it is well known how dangerous it is to drive under the influence of alcohol, many people who use marijuana believe that they can smoke pot and drive safely. A Colorado survey found that at least 69 percent of marijuana users in that state drove under the influence of marijuana at least once in the year leading up to the study, and 27 percent said they drove high almost every day. Many of the survey respondents said that they didn’t think marijuana had a negative effect on their ability to drive safely. But in the same year leading up to the survey, 51 people died in Colorado from marijuana-impaired driving.

Not only is marijuana-impaired driving a growing problem, but it is a lethal problem. And to make matters worse, law enforcement officers do not yet possess the proper testing technology to test for marijuana-impaired driving! So the current testing methodology is not nearly as efficient as it needs to be. And last but not least, many marijuana users erroneously believe that they can use marijuana and drive safely.

This is a multifaceted problem. It needs to be solved as soon as possible to preserve the lives of those on the roads.

To preserve life and keep the roads safe, it would be a good idea to curb the legalization of marijuana. Of course, there are many other reasons why states might not want to legalize this substance. But it seems that just the life and death factor of marijuana-influenced driving alone would be enough to discourage legalization.

Case in point, it seems as though the states that legalized experienced the highest surges in marijuana-related traffic fatalities. And while the casualties appeared to level out several years after legalization in each state, the first few years following legalization were particularly lethal.

If even just one person dies on the roads because of marijuana-impaired driving, is it really a good idea to continue legalizing the substance?

Marijuana use can lead to marijuana dependence, a condition in which an individual compulsively uses marijuana and cannot seem to stop. Furthermore, marijuana use often ends up going hand in hand with other types of substance abuse too, such as alcohol misuse or an addiction to narcotics. Without a doubt, marijuana-influenced driving is not the only risk factor attendant with marijuana use.

If you have a spouse, son, daughter, grandchild, parent, grandparent, sibling, partner, loved one, friend, or coworker who uses drugs, please do your best to get them into a drug and alcohol addiction treatment center as soon as possible. Even a drug like marijuana, which is said not to be as harmful as other drugs, can be lethal. There is no such thing as “safe” drug use, and there is never a good reason to experiment with drugs.

Narconon offers a pathway to freedom from addiction, a route to a drug-free life. At Narconon, people don’t have to be “addicts for life.” Anyone can live a drug-free life. No one has to be shackled to the label of “substance abuser” forever. Let Narconon help your loved one get to the bottom of the issues driving them to use drugs. Let Narconon help your loved one find and implement the tools that they need to live life without resorting to mind-altering substances. Make the call today before it is too late.

One of the side effects of a growing drug problem in the United States is, of course, more people abusing drugs and then getting behind the wheel of a car. It follows from simple logic that, the more drugs that are floating around the States, the more people using those drugs, and the more drug culture twists its way into society, there will simply be a higher prevalence of drugged driving. 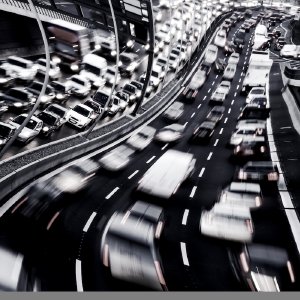